Please allow me to introduce you to a young man that continues to blow me away.  Sidney Keys, III, is a young man that inspired me so much that I actually shared a little of his story with you in a previous post.  He is the founder of Books N Bros. LLC, a program that works to bring culturally responsive and representative books into the hands of young African American boys and to show them that reading is cool.  Members of the book club receive a literature box each month that includes the book that they will read for the month, a curriculum worksheet, a snack, an activity/lesson guide, and a bookmark.  Monthly meet-ups to discuss each book are held on the first Sunday of each month, and available via livestream for members that do not live locally.

African American boys do read and they enjoy reading!

Sidney and a few of the members of Books N Bros, LLC. This picture was excerpted from the Books N Bros website.

I had the honor of interviewing Sidney by telephone recently, and it was everything that I thought it would be and more.  He is a fine young man with a good head on his shoulders that has a sense of entrepreneurship and civic responsibility that I hope will continue to be cultivated and nurtured.  Please read on to learn more about this magnificent program and to learn how we can all help to get rich literature into the hands of our young men.   I strongly encourage you to connect with Books N’ Bros!

This all took place during the hot summer month of July WHILE I was prepping my classroom during Pre-Planning.  I received an email response that Sidney and I were a go for our telephone interview a couple of hours before the scheduled time.  I hurried to make sure that all of my technology was set up correctly and that all signals would be well connected.  If you know anything about my kitchen (which is where the interview was going to take place), you know that my signals can be touch and go.  We were literally down to the wire trying to get everything set up, and of course, my computer decides to automatically update itself.  With around 3 minutes to spare, it finally completed the process and I could get ready to contact Ms Gerber, Publicity Assistant, for the phone call.

You would have thought that I was waiting to speak with Oprah or President Obama!  Honestly, I was giddy and a little nervous about the call.  It was surreal that I would have the opportunity to interact with someone whose work I admired, respected, and that I was so proud of.  Yes, admire…. Were you running your own business when you were 12?  LOL  When we were finally connected over the phone, young Mr. Keys did not disappoint.  He was genuine and gentle, intelligent, articulate, and passionate about the beautiful work that he and his mom do.  In addition to that, Sidney wanted to share more about his most recent entrepreneurial adventure.  Allow me to share our conversation with you….

What was the one event that occurred that prompted you to begin Books N Bros, LLC?

Who would have thought that a trip to an African bookstore would spark a venture that would impact the lives of young African American boys in such a profound way!

Well, Books N Bros was founded in just this way.  Sidney’s mom took him to an African bookstore where he encountered the book Danny Dollar Millionaire Extraordinaire-The Lemonade Escapade.   It was a book featuring a young, African American male that sets out to open a lemonade stand as the main character.  The book not only showcased an African American character as the focus of the story, it also shared information about finance and entrepreneurship.  Danny Dollar becomes a millionaire from saving and investing.  Sidney didn’t want to leave the bookstore and he did not want to put the book down.  “It was a chapter book, too, so it was pretty thick”, Sidney shared.

While Sidney was completely engrossed in reading the book, his mom did a Facebook Live of him, and the video went viral!   They were intrigued by the response that they received, and began to ponder what was so different about a young, African American boy reading a book that drew others in in such astounding numbers.  From there, Sidney and his mother knew that it was imperative that they begin a book club to promote and support the need for African American boys to have culturally responsive books featuring characters that look like them and with topics that were interesting and relatable to them at their fingertips.

What has the impact of Books N Bros, LLC been on other African American and Latino boys?

The program has given over 200 boys access to literature with representation.  Their literacy grades have improved and behavior issues have improved and decreased for many of the young men that are a part of this amazing program.  According to Sidney, some of the boys are signed up by their parents, and initially don’t really want to be a part of the program.  However, once they get involved with the book club and begin to interact with the other boys, and with the great literature, they seem to have a great time.  These young men are also able to form bonds with their peers and with older Bros whom volunteer to act as Big Brothers to the members of the book club.  The Big Bros offer support and an ear to lean on while also helping with keeping everyone’s behavior on task.  PLUS, great literature, whose characters positively and culturally reflect its readers, is being shared consistently!

Being that Sidney began the program and book club at an early age, I wondered if he might see himself moving in a different direction as he matured and his interested changed or developed.  He gave me a lovely and insightful response.  “I’ll always love Books N. Bros because I’ll always love reading”!  He went on to share that at this time, his mother acts as more of the role of CEO, doing the majority of the behind the scenes work and responsibilities, but that he plans to shift the responsibility more to himself as he becomes older.

Tell me about your latest venture with KidBox

At the time of this interview, Sidney was awaiting his trip to Manhattan where he would meet up with 11 other young entrepreneurs for their very first board meeting for Kidbox.  Yes, this Trailblazer was selected to be on the Board of Directors for an up and coming business!!  This venture was set to launch on July 25th.

New York, NY – July 25, 2018 – KIDBOX, the only kids’ style box offering cool brands, amazing prices, and a mission to clothe one million kids in need, is announcing the appointment of its new Kids Board of Directors for the 2018-2019 term. KIDBOX’s Kids Board of Directors, a program initiated in 2017, is comprised of 12 outstanding kids ages 8-14 who have demonstrated strong leadership skills, a flair for fashion, and a passion for social good. The Board will advise KIDBOX on kids’ style, learn new leadership skills, and identify new ways to give back in their local communities.

Photograph excerpted from the KidBox website.  Amazing Sidney is located on the far right-side, in the back row.

Kidbox is not a monthly subscription box, but an Any time is a great time to buy stylish fashions at an affordable price for your child box!  This company’s heart is in the right place, as it focuses on charity combined with fashion!  Fashions are available for children in sizes newborn to 14.   The fashions are from major fashion houses like 7 for All Mankind, Reebok, Lee, and so many more.   You can visit Kidbox to learn more about how they are motivated and driven to clothe 1 Million children, and to order a box of fabulous fashions for your precious, little one!

How can we all help/support you/get involved?

I am providing links for the areas that Books N Bros could use our support with.  Please note that I am not an Affiliate for either Books N Bros, LLC or for KidBox.  I am just a strong believer in supporting, mobilizing, and spotlighting work that benefits children; especially when it is being done by children.  I hope that you will join me in helping!

Donate to Books N Bros to help them carry out their mission of providing literacy experiences to young African American males.  I set up my monthly donation through PayPal.  I am currently contributing $5.00 a month.  I hope to increase this amount as my budget allows.  Any amount would help get books into the hands of our children!

You can also Adopt a Bros to help ensure that no young man misses out on an opportunity to participate in the program due to finances.  Your monthly contribution of $25.00 (available as a One-Time gift, 3 months, 6 months, or for the year contribution) would provide access to more boys and would be greatly appreciated!

Filed under: Uncategorized
Share Tweet Pin G Plus Email
previous article: Coping with Tragedy and Trauma at Work
next article: Read THESE 3 Inspiring Posts on Teaching Through Your Pregnancy 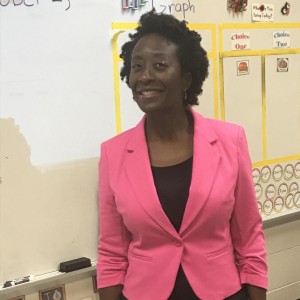 Welcome to my blog! My name is Tania N. Davis. I am a Second Grade Teacher, mom to two amazing daughters, and Curriculum Resource Creator on Teachers Pay Teachers. I love children's literature, Zumba, hopping onto my Elliptical, and unsweetened tea with a lot of lemon. Thank you for visiting my blog! I am excited to share my teaching journey with you! Read More…

This is no ordinary giveaway! It’s Extraordinar

They are too young for that lesson!⠀⠀⠀⠀⠀

Get the latest information, updates on resources, and behind the scenes action!

Thank you for subscribing to our newsletter! We are so excited to share our journey with you.

%d bloggers like this:
We use cookies to ensure that we give you the best experience on our website. If you continue to use this site we will assume that you are happy with it.Ok